Today I live in North East France, in the Argonne, in a large farmhouse built in 1883.

It is possible that in September 1918 the roof was hit by a shell fired by the gun battery commanded by a certain Captain Truman, who later went on to become president of the USA.

A retired international insurance underwriter, I concentrate on writing historical books, translating works from French to English for the Anglophone world, give lectures on historical subjects, and act as a battlefield tour guide. 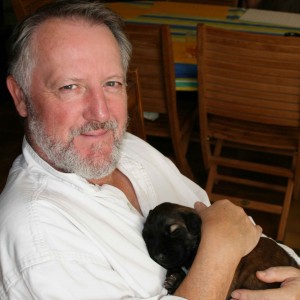 Here I am with one of our Estrela Mountain Dog puppies. This is Caprica, named for the blonde anti-heroine of Battlestar Galactica. Her brothers were Charlemagne, the largest of the litter, and Casanova, the most handsome. Last came sister Carmen, aptly named as she made up a little song, and sang it every time she was fed by her mother! Caprica and Carmen were much smaller than Charlemagne, but the two sisters used to gang up on him, one pulling his ear while the other pulled his tail…

In my rare spare time I am a Living History Re-enactor, depicting various historical characters such as the Captain of a Maginot ouvrage in 1940, a Legionnaire or a Fusilier Marin Bofors Gunner at Bir Hacheim in 1942, and a US cavalryman or tanker during the liberation of Lorraine in 1944. 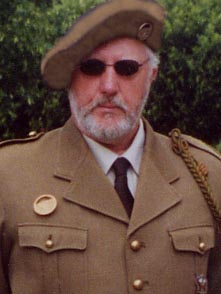 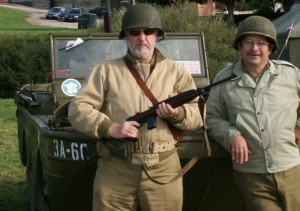 The “Branfill” in my name comes from my Mother’s claimed descent from the famous Grenville family, which included: Sir Roger, captain of the ill-fated Mary Rose, Sir Richard of the Revenge, and another Sir Roger, who absconded with a large stash of Parliament’s money when he changed sides during the English Civil War.  Our descent is, however, via the illegitimate line. Our distant Grenville family ancestor, born out of wedlock but still acknowledged by the Grenvilles, was one of those given a ‘sounds like’ name to avoid his sharing in the ‘official’ inheritance, similar to the Fitzroy surname given to sons sired by the English King. 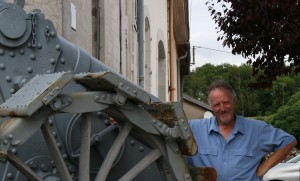 Me behind a 155 de Bange cannon at Rupt-en-Woëvre.